How to rank higher in search engine through your website link building? 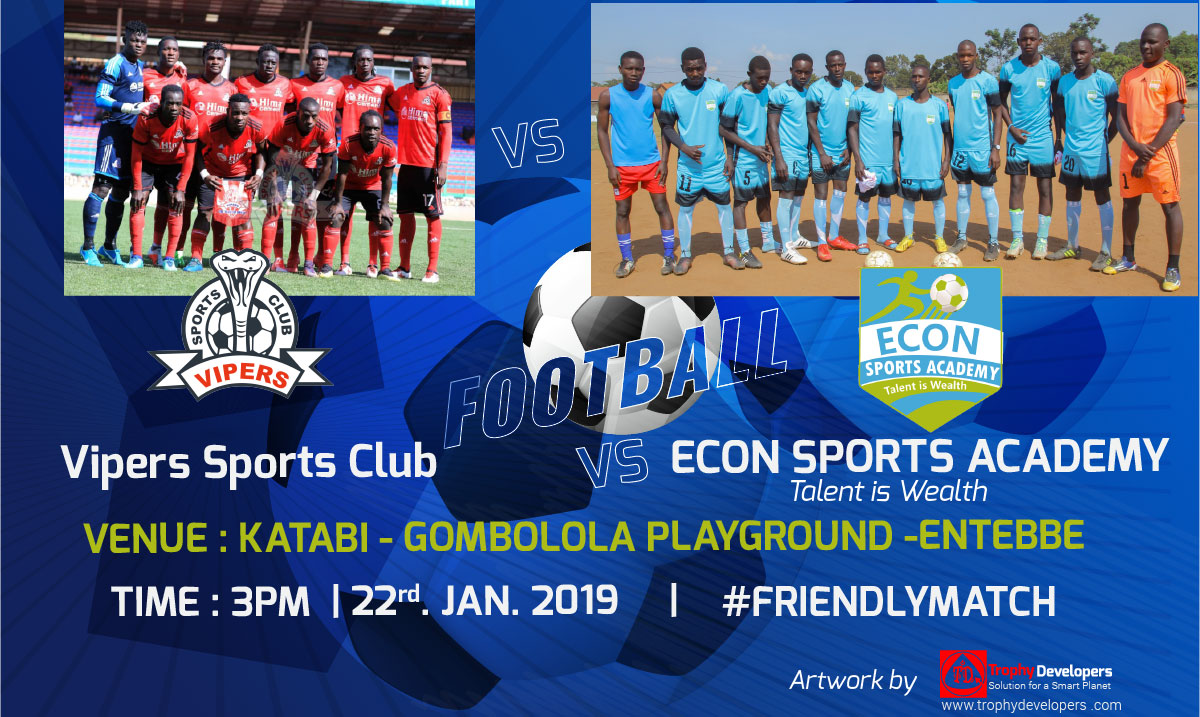 Lake Victoria Soccer Sports Academy (Former ECON Sports Academy) is a local community-based sports development program that began operations in 2008 with the aim of supporting the out of school and in-school sports talented youth (both boys and girls).

The main goal of Lake Victoria Soccer Sports Academy is to help players attain long term joy and success in the game.

Our mission is to create a fruitful future for talented youth footballers and help them acquire Education as well.

The academy is not just for elite players. The academy helps young players of all abilities to advance their game. One of the foundations of the program is to have “like-skilled and like-minded” players train together.

ESA has 3 competitive pieces of training in a year. The trio training is carried out at the beginning of each holiday (End of terms) from Monday to Saturday morning. Registration of players is going on.

Lake Victoria Soccer Sports Academy TEAMS for Boys and girls U5-U9 participate in a 6-month program running from September to March.  This professionally runs, biweekly training environment introduces young soccer players to the game and provides them with 2 sessions a week in the indoor facility. The ‘First Kicks’ programming combines both technical training with small-sided games each and every session.

Training is scheduled to run for 60 minutes with a professional Lake Victoria Soccer Sports Academy certified B-License Coach – Allan Kabonge. The coach must also follow a prescribed curriculum throughout the year, covering a variety of topics aligned with Long Term Player Development.

For older players, aged U10–U20 and beyond, Lake Victoria Soccer Sports Academy fields academy teams in schools’ holiday seasons from April to May. These teams are comprised primarily of select players from the academy. In some cases, teams are formed as early as October for the third term school holiday and train together throughout the holiday period. Teams attend specific tournaments in Kampala, Western Uganda, Northern Region as well as Airtel Raising stars’ tournaments. These teams spend the holiday seasons (for in-school youth) and for out of school youths, they also months training and playing exhibition games at the Katabi sports playground.

The Player Development Academy is a 10-month program that runs from September to June for players between the ages of U8-U20. Each session runs for 70 or 90 minutes depending on age and alignment with Local Technical Player Development led by the qualified ESA coaching staff. A curriculum is followed throughout the year covering a variety of topics from technical skill development to game awareness.

Lake Victoria Soccer Sports Academy is proud to be partnering with ESA in their bid for a fully developed soccer academy institution. Not only will ESA Academy provide all the technical direction and staffing needs for the club, but ESA runs its player academy throughout the season.

ESA Academy runs a variety of programs throughout the year to help players both in the academy and school teams advance their skills and understanding of the game. The core of the staff at ESA is full-time coaching professionals who subscribe to a set of beliefs with respect to coaching and development. At the core of ESA is the belief that coaching is about teaching and therefore strives to create the best learning environment possible for players. Players are continually assessed based on the ESA Layers of Learning which is a teaching model to help players and parents understand the elements of becoming a complete player.

When a player enters the academy, they are not only exposed to high-level coaching, they are also exposed to a specific curriculum. This curriculum guides the nature of training sessions for all coaches at the academy. The boy’s curriculum is specifically tailored for their program and likewise for the girls.

The curriculum is divided into 3 main stages. The first stage (roughly 3 months) covers a variety of themes that focus on an individual skill such as 1v1 dribbling, changing direction, striking, passing & receiving, etc.

The second stage involves group play such as the principles of attack, the principles of defending, passing patterns, etc. The final stage involves gameplay. The players are divided into different teams and compete in a small-sided academy league. Each team is assigned an ESA coach. Scores are kept (for the older players) and professional referees are hired. This final stage allows ESA staff to coach the players in the game – bringing together all the elements of the curriculum into play.

Vipers SC is a football club in Wakiso Town, Uganda playing in the top level of Ugandan professional football, the Ugandan Super League.

In early 1978, Bunamwaya Parish local administration decided to form a football team. This was due to youth unemployment in the region. Royal elders in the region offered land in the Lufuka zone where the first playground was constructed. Then the team named Bunamwaya FC first competed in Parish and zonal competition where locals greatly supported the team. In 1980, the team started to compete in Mpigi district second division league for three (3) years and then collapsed due to financial problems and the bush war during that time.

The club’s revival was achieved in 1986 after reorganization led by then Team Manager, Peter Kawewedde who had to see the club qualify for first division status in the Mpigi district. In 1987, the club failed to qualify for Zonal Mini League that was hosted at Lufuka playground. The club made an attempt again in 1992 by merging with other two (2) teams; Masajja United and Ndejje to form BMN United which didn’t last long due to rivalry between the neighbouring Parishes. In 1994, the club focused on qualifications in the Zonal Mini League which they failed to achieve until 1999 after being held by goalless draw by their rival Masajja United.

In 2000, the club elected a new leader Lawrence Mulindwa and in four (4) years later, the club won two (2) first division trophies and qualified for two (2) Regional Mini Leagues. Administration restructuring started during that period and it resulted in a major step for the club qualifying for the Top tier League in the country. Under the guidance of Lawrence Mulindwa, the club changed its names to Vipers Sports Club after constructing its playground in Buikwe District. Vipers have spent now ten (10) years playing with the Top Tier League in the country. Working within tight budgets, the club decided to use Red and White for home games and Blue and White for away games. Lawrence Mulindwa/ St. Mary’s Senior Secondary School Kitende’s generosity in providing shirts has inspired the club to greater height FIRST GAME IN THE LEAGUE The very first game of the club career came on Friday 3rd of February 2006 against another newly promoted club Super cub. It took place at Wankulukuku Stadium and ended 1 – 0 in favour of Vipers. The only goal was scored by Senyunja Saad. Since then the club has managed to win three Premier League titles in 2010,2015 and 2018. Read More… 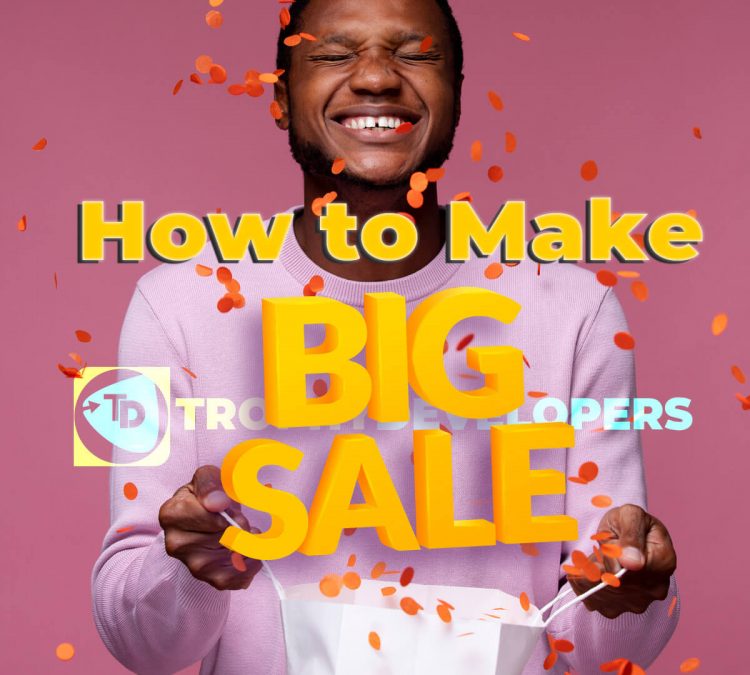 How to Optimize your website offers furthermore with professional techniques and tactics to get big sales?

How to Optimize Your Website Offers to Get Big Sales? 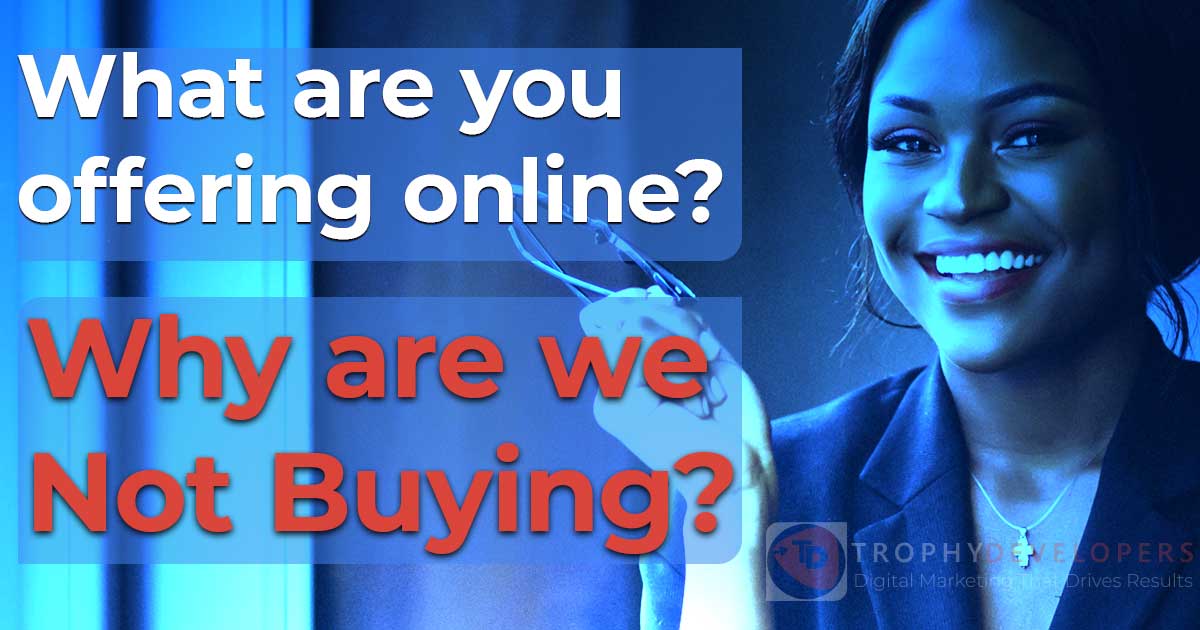 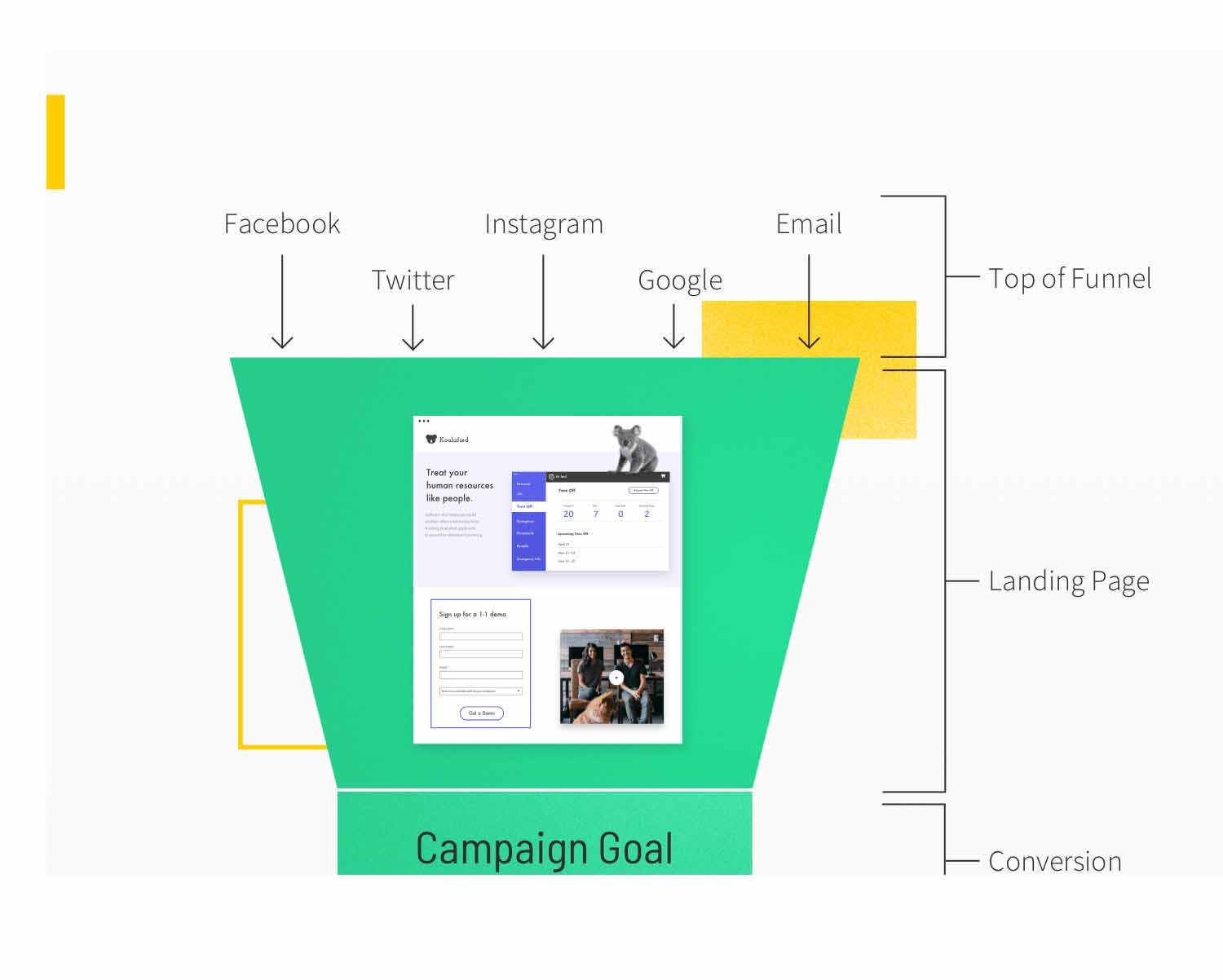 How to Convert Your Web Visitors into Customers? Landing Web pages 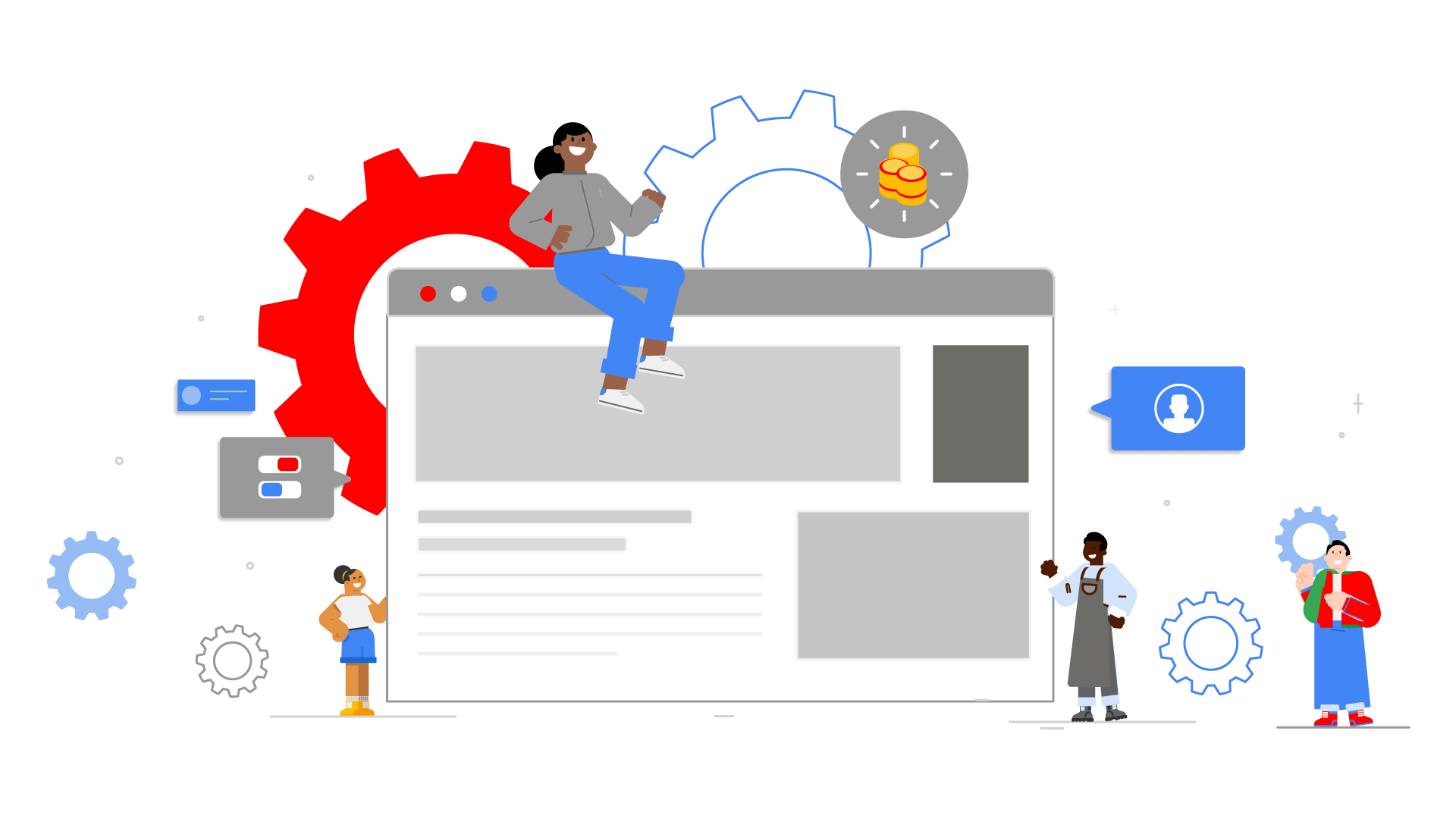 Website Design and Digital Marketing that drive results will help your business to grow.